Winstrol all you ever needed to know.


The anabolic steroid Stanozolol is one of the most popular anabolic steroids of all time, and one of the few those outside the performance realm have heard of at least a time or two. Commonly sold under its most popular trade name Winstrol, there have been several high profile cases surrounding this steroid thrusting it into the media spotlight. As such, as prying eyes have made this steroid known, as to be expected the effects of Winstrol are largely and quite commonly misunderstood. For veteran performance enhancers, those who take their craft seriously this is rarely the case; Stanozolol is remarkably easy to understand, but when it comes to popular conception the effects of Winstrol are often off base.

With all of this in mind, we have taken some of the most common myths and misconceptions regarding the effects of Winstrol and left you with nothing but the truth. Many of these myths derive from bits and pieces many have picked up via media discussion; rest assured it will be these myths that create what most truly believe. Beyond this, there are many myths in the direct performance enhancing world, often purported on steroid message boards by those learning their craft, and some veterans who've simply accepted fallacies. In any case, it's time to make the true effects of Winstrol known, and that's exactly what we're going to do here today.

 Myth: The Stanozolol hormone will increase strength and mass significantly and really cause an athlete to bulk up.
 Truth: Before we address the above, if you know anything about the effects of Winstrol you already know how ridiculous the above statement is, but these are statements often reported by the media and those on the anti-anabolic side of the fence. At any rate, it is true, of the numerous effects of Winstrol increasing strength is one of its primary traits; however, increasing mass is another story. Winstrol is one of the absolute worst anabolic steroids on earth for promoting gains in mass; while we don't like labeling steroids as cutting or bulking steroids as such labels are often inaccurate, but if there ever was a steroid to be labeled a cutting steroid it's right here.

 Myth: The effects of Winstrol can cause excess water retention and Gynecomastia as well as roid rage in any man who supplements.
 Truth: Once again, these are common statements made in an effort to scare people off, and they are more than false. First and foremost, the Stanozolol hormone does not aromatize, and as such cannot in any way lead to excess water retention. As for Gynecomastia (male breast enlargement) as the hormone does not aromatize and as it further carries no progestin nature Gynecomastia is an impossibility.

Of course, then we have roid rage, and there are a few things to say about that. Yes, anabolic steroids can increase aggression, although this is a steroid that doesn't appear to have such an effect to a strong degree. While aggression can be increased, it is important to remember what one does with aggression is what makes it good or bad, and the effects of Winstrol do not alter ones decision making process. The effects of Winstrol play absolutely no role on the brain; they do not alter perception, or bring about asinine behavior. Further, and perhaps more important than anything else, study after study has shown mind altering effects of anabolic steroids as well as total effects on behavior are so miniscule they're impossible to measure if they exist at all. The point, there's no such thing as roid rage.

 Myth: If you supplement with Winstrol you should always use the injectable version because the oral version is toxic to the liver. Plus, the injectable version is much stronger and will provide better results.
 Truth: Winstrol is one of the few anabolic steroids found commonly in both oral tablet and injectable form, and unlike Primobolan, another steroid commonly found in both forms both forms of Winstrol are extremely effective; let's start with the oral form. Oral Stanozolol belongs to the C17-aa class of anabolic steroids, just as most oral steroids do. By this nature, the hormone is enabled with the ability to survive the first pass through the liver and be used by the body; without this nature, it would largely be destroyed and rendered useless; this is the problem with oral Primobolan as it is not a C17-aa oral steroid. In any case, as a C17-aa steroid, although necessary to the hormones survival it does make the steroid quite hepatic in nature; that's correct; the effects of Winstrol include liver toxicity. While many understand this about most oral steroids, here we have a unique situation. Injectable Winstrol is also a C17-aa anabolic steroid and is just as hepatic in nature as the oral tablet.

Then we have the potency, and this is an argument that has raged on and on, and more than likely it will continue despite anything we say here. Even so, the effects of Winstrol themselves are the same regardless of which form you choose, but the question at hand is which one is more powerful or potent on a per milligram basis? Injectable Stanozolol is stronger than the oral version, but we're speaking in miniscule terms; the difference in the two is largely meaningless. If you supplement with the Stanozolol hormone, doses of oral or injectable will provide the same results as the effects of Winstrol do not change from form to form.

 Myth: Winstrol makes you a better athlete.
 Truth: Winstrol cannot add lacking athletic ability; there is no steroid that can do this. While the effects of Winstrol can enhance what you're already doing correctly, they cannot provide talent that is naturally missing. 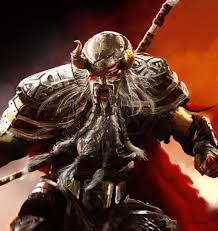 www.Fitnessgeared.com is a Bodybuilding Fitness health & Training Discussion forum for all levels from beginner to advanced. We offer everything from Nutrition, Supplements, Fat Loss, Weight Training, Dieting, to achieve your goals to get in the shape you want.